The legend of the moon dancingMany years ago the moon was high in the sky ..
lI sad heart wept for her ..
So he decided to leave and go to heaven to live on earth.
Asked to give her a star of two small wings to reach the earth.
The star once heard him ‘his desire ..
Moon trip ‘a lot. Finally after many months touch ‘the ground.
His soul was still sad, start ‘to run fast in the dark forest ..
His eyes did not want to see and his ears did not want to hear ..
The road was tiring, climb slopes, streams to cross, such as walking on trees, rickety bridges with large pits, unsafe ropes, many large and small stones on which to walk …
She stumbled many times, but continue ‘.
Start ‘to rain very hard. You create ‘a lot of mud, but she was courageous.
He fell several times, and rising.
Leaders to let go without fear to that path.
So begins ‘to crawl, was very strong, smear’ like a snake.
He knew that would be the only way to save …. By continuing to creep ‘in a dark tunnel where I meet’ many animals on the road as you .. Owls, Bears, Wolves, Bats, Spiders, Otters ..
All moon urged to continue its journey ..
Luna cried, cried.
He was desperately wanted to get away from them,
Light wanted more than anything else ..
And again, I leave you ‘deliver ..
A thousand emotions going through his great soul ..
She went out ‘of the tunnel, still desperate races.
Then suddenly he stopped. ‘
You look ‘around.
Breath ‘deep.
He closed his eyes.
He began to dance.
A magical dance.
Never seen even by the spirits.
We heard many drums in the distance.
The spirits of the place they saw the moon.
They all gathered and copied the dance ..
The whole forest was invaded by spirits dancing ..
Luna danced like the wind without even stopping for breath, crying, crying and laughing.
Was drawn entirely from the Dance,
forming around him a giant silver ball that burst ‘creating a myriad of small lights that flooded the whole universe,
forming many stars and endless games of colors.
No one knows if his dance was in pain or joy.
Luna lives profoundly without using words.
Legend has it that from that day many people come together to donate to their Moon Dance.
It is said that someone will turn Stella and still leading this dance anywhere in the Universe …From the Web
38.114690 15.650137
reggio calabira 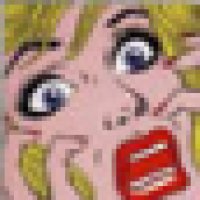