At the end of the trip

We can do extraordinary things only when there is a great passion
and great energy, and passion can only generate a kind of life
completely different within ourselves and the world.

“The impossible question” by Jiddu Krishnamurti

If you do not change profoundly, if you do not bring into question their own inclinations, habits – such as automatic mechanisms which are not fully aware, with the subsequent choice of an address oflife that makes us better.
If you do not apply discernment and funding consistency in our choices, then our lives would simply be ordinary, it is life that shapes us, and in this case, we give our lives to the extraordinary opportunity to make a masterpiece.

The Light that shines

There the sun does not shine, no moon, no stars, nor these lightnings shine and much less this fire burns.

Everything shines when it shines. His light illuminates all this.

A man loves the sacred silence,
As we wrapped in a blanket, a silence that speaks,
with a loud voice like thunder,
who taught him many things.
A shaman want to be a place where you hear only the buzzing of insects.
If he sits, with his face to the west, and asks for help.
Talk to the plants, and they respond.
Listen carefully to the voices of animals.
Become one of them.
From every creature pouring something into him.
He also exudes something: how and what I do not know, but true.
I have lived.
A shaman must belong to the earth.
to read nature as a white man can read a book.

Aphorisms
of the heart
travel stages
without direction

Wind
and breeze
at the tip of your lashes
beyond fear

From such courage
in doing things
of our daily
born heroes:
Special people
capable of bringing
every ill
with a smile

The certainties are quicksand if you rely on changing references. Time is relative: there are moments of deep intensity able to shake us and fill and long pauses that do not give us anything.
I know about time or the distance are illusions in our magical place because it lives within us the infinite.
Fear not!
There are things that you can not change or control. We do not have this power, but in contrast, we can accommodate all the challenges and turn them into opportunities.

Nothing is more dangerous
than an idea
when this idea is
the only one you have.

The light
then
rips
the darkness
in vibrant
caress

The bow cuts through the waves
slipping slightly
sea ​​of fantasy.
I follow it with my eyes.

From the eye of cyclone
I also see the island.

To North – East of the soul.
To the south – west of the heart.

In one breath
I hear muffled echo:
It is serenity

Nicholas Rodney “Nick” Drake (19 June 1948 – 25 November 1974) was an English singer-songwriter and musician, known for his acoustic guitar-based songs. He failed to find a wide audience during his lifetime, but his work has gradually achieved wider notice and recognition. Drake signed to Island Records when he was 20 years old and was a student at the University of Cambridge, and released his debut album, Five Leaves Left, in 1969. By 1972, he had recorded two more albums—Bryter Layter and Pink Moon. Neither sold more than 5,000 copies on initial release. Drake’s reluctance to perform live, or be interviewed, contributed to his lack of commercial success. There is no known footage of the adult Drake; he was only ever captured in still photographs and in home footage from his childhood.

Drake suffered from depression, particularly during the latter part of his short life. This was often reflected in his lyrics. On completion of his third album, 1972’s Pink Moon, he withdrew from both live performance and recording, retreating to his parents’ home in rural Warwickshire. On 25 November 1974, Drake died from an overdose of amitriptyline, a prescribed antidepressant; he was 26 years old. Whether his death was an accident or suicide has never been resolved.

Drake’s music remained available through the mid-1970s, but the 1979 release of the retrospective album Fruit Tree allowed his back catalogue to be reassessed. By the mid-1980s Drake was being credited as an influence by such artists as Robert Smith, David Sylvian and Peter Buck. In 1985, The Dream Academy reached the UK and US charts with “Life in a Northern Town”, a song written for and dedicated to Drake.[6] By the early 1990s, he had come to represent a certain type of “doomed romantic” musician in the UK music press. His first biography was published in 1997, followed in 1998 by the documentary film A Stranger Among Us.

Osho, The mind that lie 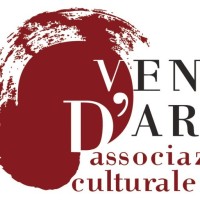 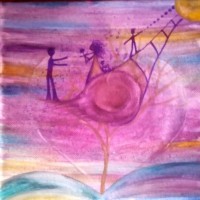 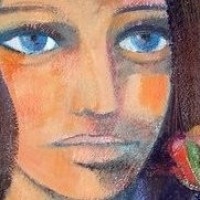