From this dune
I seek the light of the stars.
I  know them one by one
have always looked for
the immensity of the sky.
When I was sad
stroked the largest
and I grabbed it.
The people that I stare
I offer a bit ‘of anything,
serve it in a cup of gold.
With a smile I rate
if you take it as always
or stop accepting.
I made a long journey,
dealt with a thousand fears
to look beyond
the heady perfume,
to grab more than
the boundaries of the mind,
to look beyond
the laws of nowhere.
At each new step
I found a contradiction
and if I was left with nothing
I could suffice,
I learned from the strain
every thing its value.
From my uncertain steps
I learned where
rest the foot.
To protect myself from that
I did not want to face
I built my prison.
I discovered my mistake
when I heard opening the heart,
And from that day that
this key on my neck.
I’ve learned that both
I have nothing to teach.
You look your way,
after a cold winter
there is always an almond tree in bloom.

What greater victory
except that
to understand
that crossed
the desert of themselves
we can continue the journey
toward freedom
from the slavery that binds
false idols?
But is our commitment;
heart open to others
to make us discover life.
To enable us to see
beyond appearances
a path
of inner evolution.
Us in the receptacle
to accommodate spirituality
and make us an instrument of love

What greater victory than that
to understand that they crossed the desert of themselves
we can continue the journey towards freedom
from the slavery that binds to false idols?
But it is only our commitment; the heart open to others
to make us a discovery of life.
To allow us to see beyond appearances
on a journey of inner evolution.
In us the receptacle for welcomes spirituality
and make us an instrument of love.
© Poetyca

Reflection
The sky is cloudless and clear,
Earth is stable and calm.
Beings who lose these qualities, they die.
While those who emulate and live.
A calm and stable vastness
is the home of spiritual light.
An open egolessness
is the abode of the Way.
Master Huai-nan-tzu
——————————–
How to find beauty
always present and never obscured?
In letting go
attachment and anger
in being able to accommodate
reality as it is,
beyond the form and expectations
with an open heart … simply.
No lightning strikes us
no motion and reaction
that triggers only clouds
keeping the distance
by light and true nature.
Poetyca
——————————–
The teaching
child dell’illusion
It Is essential to realize now, in life, while we still have this body,
that his convincing appearance of solidity is an illusion.
The most effective way to understand this, you learn to become
After meditation, a “child of illusion”:
refrain, ie, by solidifying – as we would be tempted to do –
the perception of ourselves and the world and continue to see directly,
as we do in meditation, that all phenomena are illusory
and like a dream, like a “child of illusion”.
This practice develops our understanding of the illusory nature of the body
and is one of the deepest insights of support to let go.
Sogyal Rinpoche
———————————
Everything changes, nothing stays the same
Like a cloud in the clear sky:
can not believe the real
what is the result of illusion
You are not the body, you’re not mind
nothing left to change and PARTY
Do not be a receptacle of illusion
which is harmful in that attachment
– Here and now – with no fear
where everything changes and passes away – any time
Poetyca
——————————–
30.05.2009 Poetyca
38.114690 15.650137

I think the poet is aware of his ability to create illusions with the capability that has to “shuffle the cards” with the words, textures and illusions which unfolds and ends with the real believe everything he describes.
Whether it’s technical verses and rhymes arranged in a certain way to glide better read and give opportunities for empathy, or that both the content and often we should ask how much of that which is expressed on the sheet (in poetry) to give the picturethe true experience of the poet.
The mind or heart are able to dance and a trace of a reality at times exaggerated, deceptive or deliberately misleading images surround. Even novelists at the bottom (prose par excellence) can offer to create the characters so true identificaziione the reader and yet are the result of imagination and dreams, imagination are powerful tools to create reality as it sees fit.
Here it would be important to capture the true personality of the writer, to understand where the boundaries of the “created with the words” and where the author’s way of being. Without confusion.
For example, I write by instinct and in the form of impromptu poems as a comment to other poems of friends in the network, collecting the essence of what I read and “bringing it back to life” in the response but with different words and with my personal style, not there are few times that the content is linked to “sadness”, that deceives those who read me and asked me if – I’m wrong – that sentiment expressed to me (which certainly in my lifetime I have known) only lasts a moment (it emphatically tried but not taken up) and I have to explain to feel good. It is deliberately misleading and I believe we should pay more attention to seize the person who writes in its entirety in the “fragment” that gave wondering who she really is (clearly and without stumbling in the illusions).
When I was in school I loved literature, biography Poestate and prose writers, I tried to capture the human experience which would lead for example to express certain things that go beyond the content of the poem itself.
This is to “know” the person writing more from a psychological profile as “historical facts and events of his life chained.” I think it’s possible to get to know people even from what scirvono, but with a series of poems, not just one.
15.06.2006 Poetyca
Obelisks in poetry
On the sheet
sinuous dance
living words
– Fragments of soul –
in mysterious rituals
offer themselves to silence
bringing warm breaths
Oxymorons and metaphors
brush the mind
imaginary floating in
– Commentaries and verses –
flooded the horizon
opening a gap
soul explained
As the flag
between wind or storm
who sings odes
the sigh of the time
– Music theory of the heart –
worn receptacle
of expectations and tears
Quivering moment
affect memory
carving obelisks
the feeling
– Poppies and violets –
lost between giving roses
s’elevano in symphonies
Color of the lawn
offer themselves now in petals
sweet confetti
vibrant spots
– Hendecasyllables loose –
kisses and poems
just breathe
New Harmony
is expressed
– Opens flowers –
Shakes and vanishes
drunk presence
in eye care
of people in Reading
15.06.2006 Poetyca

The eyes
closed
not to be
ready to change

Give me
the bravery
and capacity
to understand

Because
every experience
is always
ability to grow

Surely I am listening,
in the vibrant space of being
without deceit, without discount or cards rigged.
The powder does not deceive my eyes
and the heart is a receptacle of vibrant
that nothing and no one can shut.
Who ever said that there are distances?
Blind was the one who sees the inner world
as unreachable and distant murmur:
I’m here, where the heart quivers and can embrace.

I can
to leave
footsteps
indelible
between the folds
of time

It all starts
now
dipping
hopes
for coloring
the future

Silence is
the language of God,
all else
is poor translation.

Sir George Ivan “Van” Morrison, OBE[1] (born 31 August 1945) is a Northern Irish singer-songwriter and musician. Some of his recordings, such as the studio albums Astral Weeks and Moondance and the live album It’s Too Late to Stop Now, are critically acclaimed. He has received six Grammy Awards, the Brit Award for Outstanding Contribution to Music, and has been inducted into both the Rock and Roll Hall of Fame and the Songwriters Hall of Fame. In 2015 he was knighted for his services to popular music.

Known as “Van the Man” to his fans, Morrison started his professional career when, as a teenager in the late 1950s, he played a variety of instruments including guitar, harmonica, keyboards and saxophone for various Irish showbands covering the popular hits of the day. He rose to prominence in the mid-1960s as the lead singer of the Northern Irish R&B band Them, with whom he recorded the garage band classic “Gloria”. His solo career began under the pop-hit oriented guidance of Bert Berns with the release of the hit single “Brown Eyed Girl” in 1967. After Berns’ death, Warner Bros. Records bought out his contract and allowed him three sessions to record Astral Weeks in 1968.[2] Even though this album would gradually garner high praise, it was initially a poor seller; however, the next one, Moondance, established Morrison as a major artist,[3] and throughout the 1970s he built on his reputation with a series of critically acclaimed albums and live performances. Morrison continues to record and tour, producing albums and live performances that sell well and are generally warmly received, sometimes collaborating with other artists, such as Georgie Fame and the Chieftains. In 2008 he performed Astral Weeks live for the first time since 1968.

Much of Morrison’s music is structured around the conventions of soul music and R&B, such as the popular singles “Brown Eyed Girl”, “Jackie Wilson Said (I’m in Heaven When You Smile)”, “Domino” and “Wild Night”. An equal part of his catalogue consists of lengthy, loosely connected, spiritually inspired musical journeys that show the influence of Celtic tradition, jazz, and stream-of-consciousness narrative, such as Astral Weeks and lesser-known works such as Veedon Fleece and Common One.[4][5] The two strains together are sometimes referred to as “Celtic Soul”

Alice Bailey
Only when
the light of reason
will be blurred
the radiant sun of wisdom
all things will be visible
in their correct proportions. 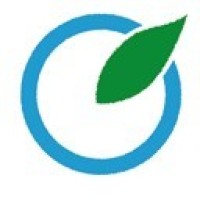